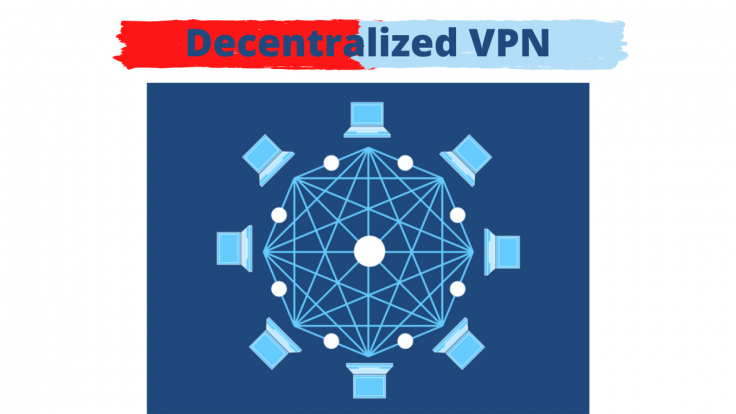 The simple answer is yes. Now let me tell you all about decentralized VPN in this brief tutorial.

First, you need to know that decentralization is one of the awesome benefits of blockchain technology. The same technology that gave us cryptocurrencies like bitcoin. Blockchain is more than just bitcoin; it has also served as a launchpad for advancement in other industries such as real estate, digital marketing, Art, etc. So why not VPN (Internet use)?

First a  brief introduction about what VPNs are.

(Note: If you already know what VPNs are, skip this section and scroll down to the next where I talk about decentralized VPN)

A VPN stands for Virtual Private Network and it has one primary job: Ensure your privacy online. Today, VPNs are used by everyone specifically because it ensures your location stays private, your data is encrypted and that you can surf the web anonymously. No one else can see what you are doing.

And if you think you are being protected by using an incognito browser ( for cough…porn), again you are wrong. See the article here to see why incognito browsing doesn’t offer you that much protection

Why do you need a VPN?

No matter how secure you think the WiFi networks are, the truth is they aren’t. With potentially thousands of people connected to the network at the same time they are prime targets for hackers to steal your private information.

Imagine you’re sitting in a bar or mall using their public WiFi on your phone and you want to check your bank account. Someone else with a laptop can easily log into the network and get a hold of your passwords, emails and other information you might have. But if you use a VPN, they won’t be able to access that.

When using public WiFi. Be sure not to log into your email and stay clear of online banking unless you’re connected to a VPN. You can safely connect to any WiFi by using a VPN as a protective layer to prevent hackers from getting a hold of your passwords and sensitive data.

Most TV streaming is Geo-restricted meaning that it is geographically limited so that it can only be seen by people in the country that it’s broadcasting. So someone trying to access the US Netflix library from France is going to run into a little bit of trouble. The only way you’ll be able to watch the UK is through BBC iplayer or to have access to your US Netflix account whilst traveling abroad is by using a VPN. Even some Youtube channels have restricted content that is location-dependent. You just have to use a server in the country of origin to make it look like you’re located there. Pretty sneaky, but it works like a charm.

When trying to book a flight, ticket, hotel, or even rent a car, the first thing you do is search the internet and compare prices. The problem is airlines and car rental agencies use cookies to collect data from their potential customer- you. The more interested you seem, the more money they’ll try to charge you. There are even different fares depending on your geographical location and device.

You know, it’s been proven that Mac users are typically shown higher prices than Windows counterparts.

All of these biases can be eliminated using a VPN. It will also allow you to change your location and avoid the higher fair prices.

You should know that most internet service providers will monitor and record all of your websites’ browsing history. This includes all of the files you’ve downloaded, sites you visited, videos, and even pictures viewed. If this invasion of privacy disturbs you, you can just use a VPN to encrypt your data and prevent your ISP from snooping around your search history.

Let’s just say you’re traveling and you want to order something online, and make sure that it will arrive at your home for when you return. Now, most retailer sites are country-specific. But if you use a VPN server in your home country from abroad, you’ll be able to access the site as if you are browsing from your sofa back home.

There are so many awesome things you can do with a VPN, and these are just really the tip of the iceberg.

Since there are already centralized VPN out there,

Why do you need a Decentralized VPN?

True, if centralized VPNs are doing their job right you don’t need decentralized VPN. Using a centralized VPN means you are entrusting your privacy to a company. There’s nothing wrong with that, especially if the company is trustworthy like Ivacy and SaferVPN.  But some unscrupulous VPN companies have been caught selling user information or worse, making it available to the government.

A decentralized VPN is a way to prevent this from happening.

In its very early days, the internet was decentralized. It was a public place where computers spoke to each other directly and anyone could build upon open protocols that were governed by small communities of users. Contrast this with the internet today: Run by large corporations, divided by governments and cybercriminals run free.

It’s sad that the very people (unscrupulous VPN companies) that you pay to get you online, monitor what you do, even your location, and sell it to advertisers and businesses. I also explained some free VPN dark secrets here. It’s time to break the internet and rebuild it with decentralization. Many decentralized VPN are rewiring the internet so that it’s owned by everyone.

Decentralized VPN have infrastructure built with decentralization and open-source ethos at their core, making them safer and more accessible for all. It has a peer-to-peer node network in the heart of this internet, powered by everyday web users just like you, anyone can become a node by plugging the internet-connected devices into the network.

You can then rent your unused bandwidth or IP address to a global community of users. A decentralized VPN is built to be resistant to censorship, surveillance, and cybercrime. Most have powerful encryption mechanisms to protect every user and block websites and bypass firewalls so that you can explore every corner of the world wide web.

While decentralized VPNs still feel futuristic to many, there are still a lot of awesome regular VPNs that are not decentralized but are still awesome. Ivacy and SaferVPN.  You can get great deals on both if you use my link right now.

Do you think decentralized VPN will catch on or is it just a fad?

Check out my top 3 recommended VPN here and see why popular VPN Nord and IPVanish did not make the cut. See here.