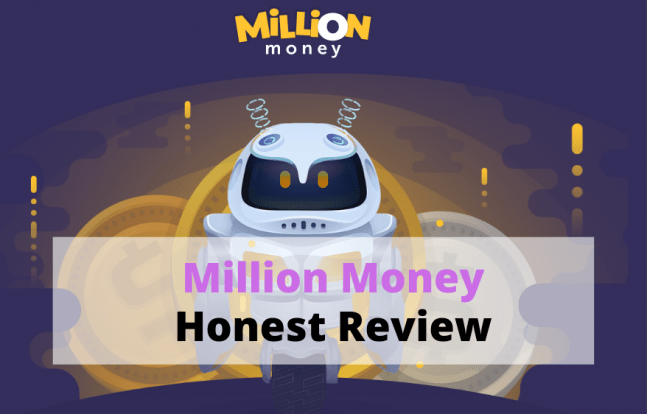 If you had thought people will open their eyes and make smarter financial decisions this 2020 then you’re sadly mistaken. So much for 2020 new year resolutions.

The first sticking point for me is the fact that Million Money (and billion money) founder is unknown. If this doesn’t scare you enough, read on as I give my honest opinions on the Million.Money and Smartway.run scheme below. I also reveal 3 sustainable and awesome passive income programs here and at the bottom of this page if you read to the end.

(Note: Consider this also a billionmoney.live review and smartway.run review since the 3 platforms work the same way. This review will however give special focus on million money which is where it all began)

So there are no new ideas anymore.
Apparently a group of Russians (or someone) somewhere sat down and thought “how do we make illegal MLM Pyramid Schemes great again?” Then in a eureka moment one of them must have suggested, “Ooh let us deploy it on the Ethereum blockchain.”

Yes the founders of million.money apparently figured they could use Ethereum smart contract as a selling point for a very unoriginal MLM (Multi Level Marketing) idea. With smart contract implemented, the anonymous founders indicated (on their website) that the system will be completely automated with payments secure and automatic. But for how long?

And here’s prove that million money founders (scammers?) know what they’re up to and that Pyramid schemes are illegal in many countries; they know the website could be shut down at any time by the government and have devised a way around that. See the screenshot of a section of the million.money website assuring interested participants that no one will be able to shutdown the system since it makes use of blockchain technology and also in their various groups their moderators tell people that the scheme will stay running even in the event that government decides to shutdown the website.

But don’t be deceived. From start to finish million money is as pyramid scheme as it gets. An illegal MLM that implements smart contract is still an illegal MLM. Million Money program is so unoriginal, I find the idea boring and almost felt it unnecessary to write this review.

Only gullible ones will buy into the gimmick and we all know the world will never run dry of these people. 2020 is shaping up to be another year of the gullible. Just take a look below at the number of users million.money already claim to have and they are even in the top 10 Dapps (Decentralized Applications) worldwide. To accommodate more gullible people, the founder(s) started another company called smartway.run just 2 months ago. How many of these phony companies will be started over the next couple of months is anyone’s guess.

So how does it work?

It’s the typical long-winding nonsense of upline and downline. First you are asked to download million-money’s recommended wallet where you’ll deposit $5 in ETH in the first stage. This amount is sent to your immediate upline (whoever referred you). To keep ascending in the scheme, you are required to get 2 referrals who in turn will get 2 each and on and on it goes. To get to the top of your own pyramid you must have recruited 64 persons (downlines) directly or indirectly who pays you. In addition you are expected to pay increasing amounts of ETH to your uplines to move from one level of the pyramid to another otherwise money from your downlines will not be allocated to you.

The whole thing devolves into chaotic nonsense over time but not to worry Million money says it’s automated and executed by the smart contracts to ensure it all works well.

Like many pyramid schemes before it (cough — MMM, cough — Loom money), Million.money, smartway.run and billionmoney.live offers no products and your money is being invested nowhere. Payment depends on getting more people to sign up to the scheme.

And that’s where the problem lies, all pyramid schemes eventually crashes once the growth rate slows down as it is bound to. Once it reaches peak growth and no new members are joining the system, it crashes.

The gainers? The top gainers are the owners of the scheme and then the lucky ones at the top of the pyramid who have managed to convince many to join.

The losers? Those at the bottom of the pyramid are screwed.

And you never really know where you’ll be at on the pyramid when it crashes so why take the risk?

History is ruthless to people who never learn from their mistakes. There are countless examples of pyramid schemes (past and present) and they all have one thing in common — their crash is inevitable. Be advised.

I’m just gonna end this review on a lighter note. It so happens that one of the top admins of million money international telegram group (here) must have not heard about me and decided to try his luck in inviting me to join the scheme. See screenshot below.

I’m still waiting for his response (lol). Kevin must be ruing his mistake now.

In conclusion, if you must invest your hard earned money (even if you earned it the easy way) invest in a sustainable, legitimate platform to ensure you keep laughing all the way to the bank.