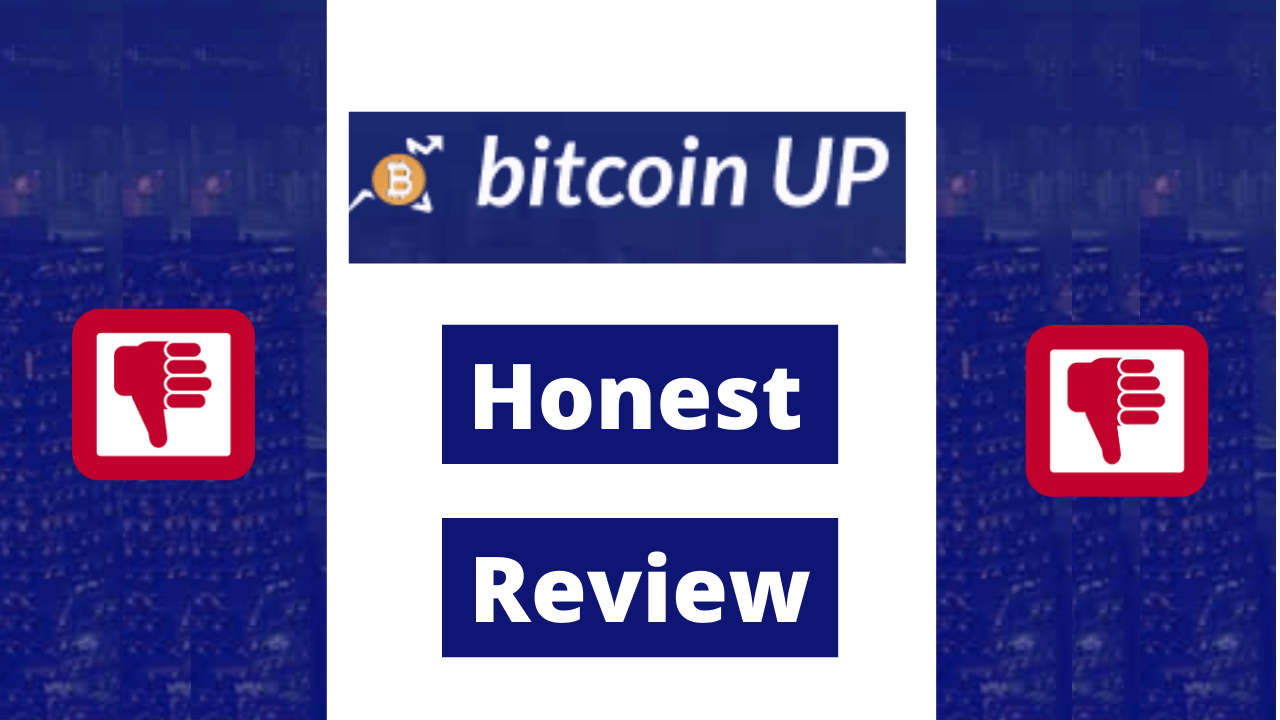 Congratulations!!! You found one of the very few honest reviews about Bitcoin up. This scam platform pays to have negative reviews buried. I talk about that in my review below.

Summary: Bitcoinup.io is a scam platform that pretends to be a trading platform to deceive newbies and gullible people interested in cryptocurrency. In my exclusive review and preview of the platform, I easily debunk many of Bitcoin Up’s lying claims, showing you exactly how it scams people.

The last few years have seen the unhealthy rise of several Bitcoin scams. To be clear Bitcoin is a great invention and is not to be confused with Bitcoin scams. If you take one thing away from this review let it be that. Bitcoin scams are exploiting the widespread attention Bitcoin has been getting and weaponizing it for Ponzis, pyramids, and scams.

What is Bitcoin up?

It is a scam platform that claims to have an exceptional trading robot that is based on AI (Artificial Intelligence) that can help you win over 90% of your trades and make you a millionaire in dollars in just a few months. Heck you can make $1200 per day

How to get started on Bitcoin Up

Joining scam platforms is typically easy and this is not an exception. In 3 simple steps, you can join Bitcoinup.io

One, you signup by providing basic details like name, phone number, and ID. Two, you make a minimum deposit of 25O USD to access the trading robot. Three, start trading, or rather the robot starts trading for you. There are also videos and demo account to guide you through the process. This platform will go to any extent to try to appear authentic to the untrained eyes.

Ironically, this scam platform advises people on the homepage of its website to go through their KYC (Know Your Customer) verification process because ‘it eliminates financial fraud’. You are fooling no one Bitcoin up.

How does it work?

Once you joined, the platform will connect to a fake unregistered broker and pretend to trade currency pairs using the robots but in no time your money will vanish.

Now let’s debunk all the many lies of Bitcoinup.io below.

Pay attention as this guideline can help you spot other scams

Anyway since y’all care to know, I’ll tell you. I looked into their who.is data. Bitcoin up was founded in 2020 April which was when their website was launched. Another clear indication of the website’s recency is the fact that the founder(s) just claimed their Trustpilot profile in June 2020. I talk more about Trustpilot shortly. 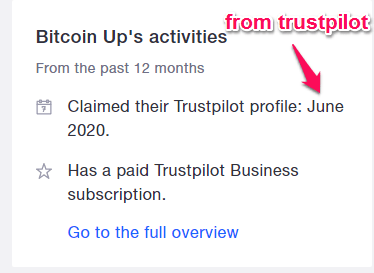 All lies and I even have the receipts to prove it. For example cryptovibes (dot) com claims in their June review that Bitcoin up has over 2500 positive reviews on Trustpilot (one of the most popular review sites on the internet.)

False, I checked. As of July 1st when this review was written Bitcoin up had only 8 reviews on their Trustpilot official review page. This is just one of many lies peddled by fake review platforms like cryptovibes and many others dancing to Bitcoin up’s tunes. You wonder how much they were paid to sell their soul and conscience to promote a scam.

Here at IdeasDome.com, we will never knowingly promote any scam scheme. Never. We will never sell our integrity at any price.

Now let’s talk more about Trustpilot reviews. Do you know? Having a high rating on Trustpilot and lots of positive/negative reviews is not proof of a platform’s authenticity. Not too long ago, I explained here how scammers have hijacked Trustpilot reviews and why Trustpilot management is doing nothing about it. You can see that article here later after this Bitcoinup.io review.

Other Popular Tricks Employed By Bitcoin Up

This has been a Bitcoin Up honest review. 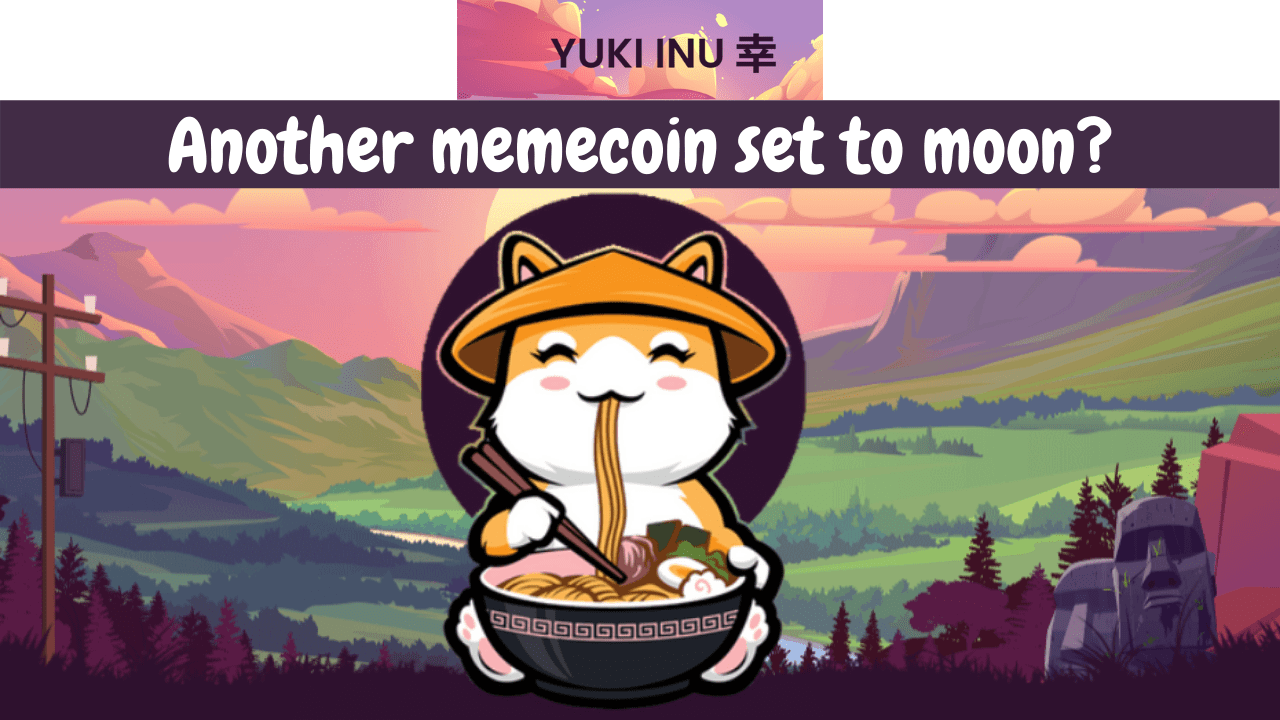 Yuki Inu: Another dog meme coin set for the moon 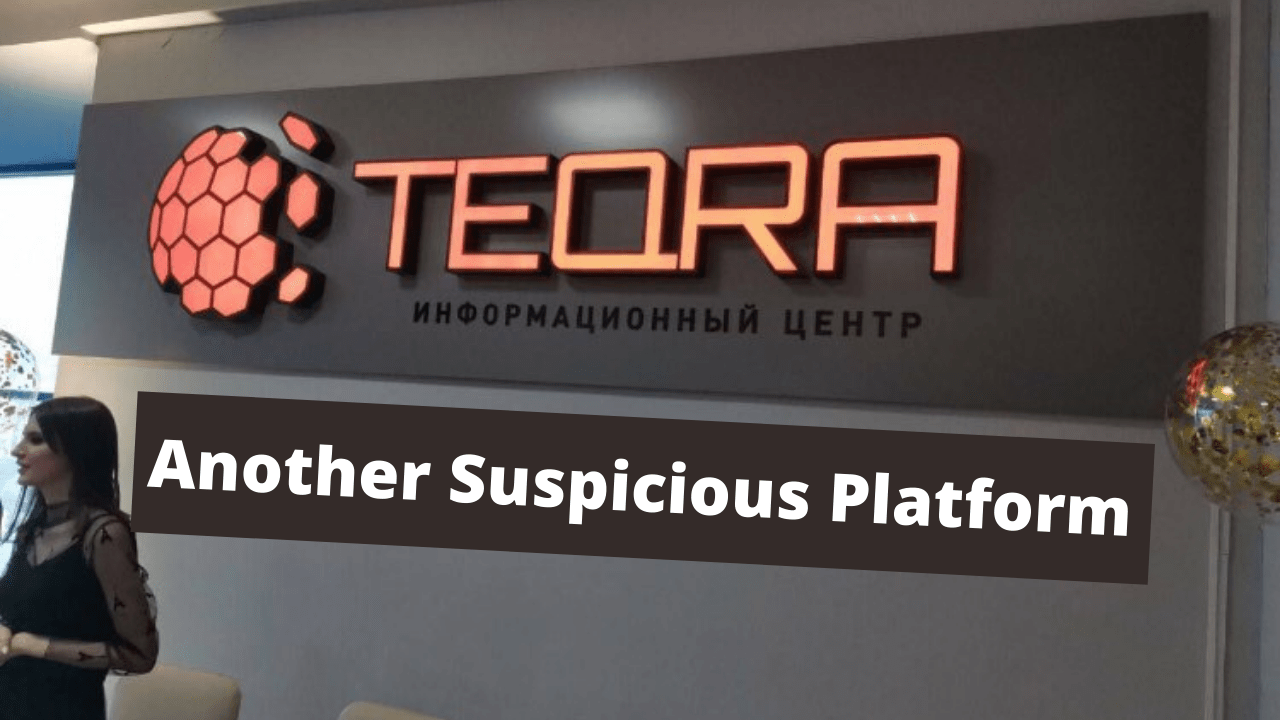 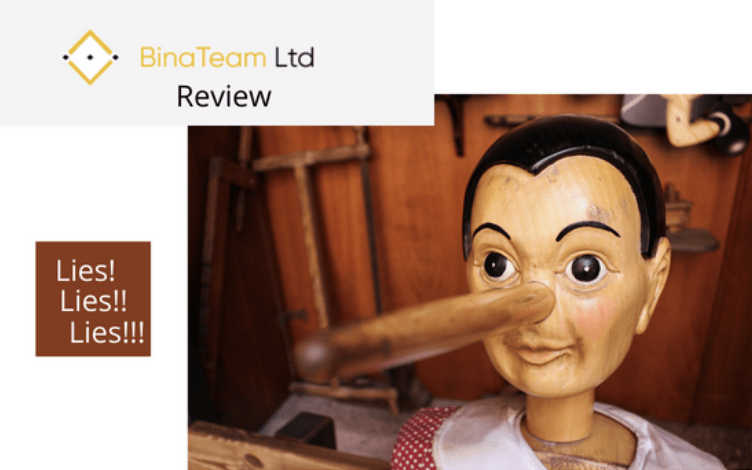 Binateam.com: Not affiliated with Binance but pretends to be