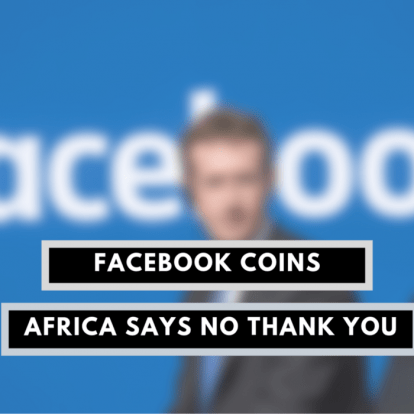 A lot of noise is expectedly greeting one of the most anticipated coins in recent times — Global coin or Libra coin (we’ll find out the actual name on June 18, 2019). Early media reports say top companies like Visa, MasterCard, Paypal, Uber are its early backers and will make up the Libra Association with each member signing on for a reported $10 million.

It’s a big project that will no doubt make cryptocurrency even more popular than it has become and take us one step closer to global crypto adoption. It’ll be unwise to think otherwise.

Mark Zuckerberg such a visionary, no?

In terms of conceptualization, really what’s the fuss about Facebook coins? To start with, it’s not a novel concept — just another instance of Chinese plagiarism by Facebook. (see more). For a while now China’s popular WeChat has incorporated a payment feature on their platform. Now that Facebook has repackaged the idea, we are expected to fall over ourselves in excitement and awe?

I am not so hyped up and neither should you.

Away from the ballyhooing that is almost in full swing, there are a few early concerns.

We all have to wait for the release of the white paper for answers to these issues. Will it be addressed?

Early indications reveal that Facebook target market will be poorer countries like Africa with its huge percentage of unbanked population.

Discerning Africans will say ‘Thanks, but no thanks. Africa can save itself’.

Don’t believe the hype. Facebook is only trying to usurp the African market since there are already tons of blockchain/crypto solutions targeted to Africans by Africans. A project like KuBitx, for example, is working tirelessly to improve the payment situation with products that guarantee easy remittances and improves cross-border transactions. Other companies in Africa like Akoin, Sisibox, KIPYA Bit2Big and Kudi exchange all offer one blockchain solution or the other.

Yes, Africa is awake and we cannot continue to be cash cows for big western corporations. This time it’s Facebook coin, tomorrow it’s going to be Amazon coin. Let the hard dialogues and conversations begin. These top corporations will better serve Africa by mutually collaborating on existing solutions, leveraging on our uniqueness and winning together. Collaboration, not competition. The times have changed for Africans to still be seen as laid back consumers held back by her sordid past. Africans teeming young citizens do not possess such victim mentality. No, we are survivors who have flipped the script and are now leading the charge to take Africa into a future where technology will not only reign but change the economic situation of the people.

This Time Is Africa.