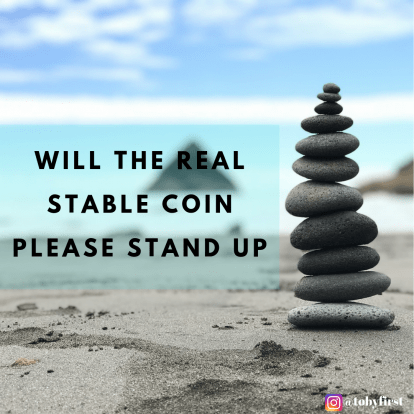 A new coin is here but this is not a call for investors. No, don’t expect to see the usual softcap, hardcap announcement that typically accompanies the rollout of a new coin. This is far nobler as you’re about to find out. And how refreshing is that? Blockchain technology has taken the world by storm and deservedly so. As more use cases emerge even its worst critics can no longer deny its potency. To further encourage and fund new innovations in the space ICOs were invented but no sooner had the idea taken off that it was hijacked by scammers and money grabbers that have since seen the ICO scheme brought to disrepute. Despite several attempts at rebranding and regulating through STOs, IPOs and many other Os the scheme never returned to its 2017 glory days as the public continues to give a side eye to new projects requesting investment through ICOs no matter how promising.

Anchor to the rescue.

In an exclusive interview with Nehemiah Isamotu (Crypto/blockchain writer), Anchor’s charismatic Founder and CEO Daniel Popa explained the underlying thought that culminated in the birth of Anchor. In his words, ‘There’s a measurement for everything. A measurement for weight. A measurement for heights. But there is no true measurement for money’. Currencies around the world continue to see a drastic reduction in their purchasing power year after year. It wasn’t until 2014 that Daniel’s journey kicked into high gear. Like many, he had first learned about bitcoin and found it unattractive because of its potential price instability. This became a turning point for him as he immediately started working on an alternative token that will bypass inflation. 5 years and a team of expert researchers later, Anchor is now ready to go mainstream in 2019. No, Anchor doesn’t need you to invest your millions. Its funded by the team with its model exhaustively researched and tested. True, there would be token sales but only as a strategy to encourage mass adoption of Anchor tokens. Ultimately The Anchor Tokens are stable coins to be used as a means of payment for the purchase of goods and services while ensuring transparency, trust and stability within the Anchor system.

Anchor prides itself has the world’s first nonflationary stable coin that is designed to enhance and preserve value over time. It’s not hype. Anchor takes a scientific approach to stable coins by introducing a new Peg — the MMU (Monetary Measurement Unit) calculated by a complex mathematical algorithm to arrive at an index that represents the real growth of the global economy. To achieve this the Anchor team painstakingly researched and analyzed 35 years worth of financial data from the IMF and world bank as it pertains to the global economy in over 190 countries, their findings revealing a remarkable 2.5% annual growth. Anchor dual tokens (aptly named anchor and dock) will be pegged to the MMU a relationship that will ensure a parallel growth with the value of the global economy as defined by 10–16 major currencies (for context IMF is based on 5 currencies). At any point in time the value of anchor tokens will be the value of the growth of the economy. Even in the face of aggressive and extreme market valuation, Anchor token will not only retain its stability but will thrive. All of this is clearly expressed in the Anchor whitepaper. (Here)

Despite series of successful testing, Anchor does not want you to take its word for it just yet. In a remarkable move the Anchor academic team will makes it case when it publishes a research paper in the coming months for review and critique by other industry experts. This will help establish once and for all that the MMU is the best peg for currencies. It couldn’t have come at a better time as many founders of cryptocurrencies self-impose value on their currency seemingly plucking price from the sky. MMU as a new standard will be a game changer.

Another aspect that sets anchor apart is its refusal to feed into the popular ‘The government is the enemy of the people’ narrative being peddled by many. Far from being just another stable coin, Daniel explains Anchors ultimate goal for the future. Unlike many Crypto evangelists prophesying an inevitable bank apocalypse, Anchor pushes to work with Banks and Governments as it strives to become a reserve currency on par with the Euros and Dollars accepted as a standard everywhere. Anchor boldly claims that its token can be an innovative method of offsetting sovereign debts.

But one step at a time. Right now the primary concern is adoption. Generating revenue is not as a much a priority for Anchor at this point as driving market demand for its tokens. Anchor tokens will be listed on exchanges around August and arrangements are in place to incentivize its use.

Early signs indicate a bright future for Anchor but at the end of the day only time will tell.