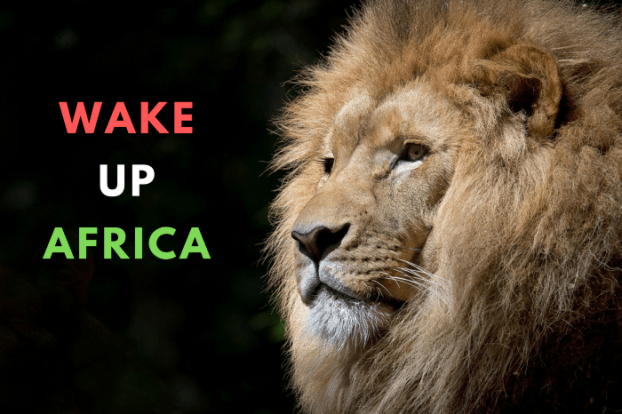 What is the long term plan for Africa & African businesses as far as the future of Blockchain/ Fintech businesses are concerned? Are we again thinking ‘what is in for me’ just as it has often been the case when African countries try to outsmart each other on economic agreements, instead of going on the table as a block with a common agenda? Some of us think we have to get our acts right this time with a long playbook to protect homegrown startups with some deliberate plans.

Why should it all be about competition rather than cooperation/collaboration and looking at each step from the perspective of how it will turn things around for the continent this time around? The influx of Chinese (blockchain) businesses being greeted with the kind of effusive praise-singing that could make a canary bird blush is indeed funny and absurd since we’ve conveniently forgotten that we can’t eat our eggs and have it.

The examples of Houbi, Binance, OkEX and all other Chinese based exchanges reveal that not one single African play any C-Level roles including CFO, COO, Head of Product or even any key insider role for that matter. Instead we see them exploiting Africans, throwing a few dollars at them and giving them saccharine titles like Director of Innovation, Labs, Hubs, Ambassador etc., and using them to gather intels on how to optimize their businesses. When it’s all said and done, these companies leave the continent with nothing but capital flight.

Contrast this scenario with what’s obtainable in companies/startups like Coinpesa, BitFXT, Kudi Exchange, Kurepay, KuBitX and many others who have Africans as core key officers. Whether they recognize it or not, their success is for the continent as a whole and can help trigger a wave of advancements cutting through several spheres from business Incubation to financing and many more. It’s no different from the ascent of Silicon Valley, The Shark Tanks, and Dragon Den.

Let any African successful blockchain project with millions try the Chinese market, if you will not be forced to rather join an existing business in partnership or be whisked away with watertight rules; all to ensure they protect their business environment. So why do we gleefully allow ourselves to be used and dumped by destroying smart entrepreneurs who are doing everything on their own by fronting everyday for Chinese brands with same services when we could be advancing the interests of our people? Homegrown companies like BitFXT, Kudi Exchange, Kurepay, KuBitX, etc. providing one smart solution or the other are being discouraged by industry players and stakeholders in the African market who have chosen to push the Chinese agenda rather than back theirs.

Africa needs blockchain more than any other continent. The joke is on us if we cannot devise a deliberate plan to force these so-called big brands into partnering with local brands in each market they seek to enter rather than allowing them roam free and making it impossible for homegrown brands to stay competitive. Failure to regulate these foreign companies will leave us at the losing end because of limited funding problems prevalent in the local market.

We all need to pause and ask ourselves the tough questions and identify our WHY in 3,5,10 years time when this has become a major economic shift. The narrative needs to change with smart thinking on how we can reposition the continent by helping those (Africans) who have invested all their resources into making the market ready to scale with the right synergies local or foreign which can push our continent and help accelerate economic growth.

Yes there is poverty & scarcity which has pushed many into survival mode and its attendant self-sabotaging actions without any consideration of the long term effects. But if Africa is to achieve its destined greatness and earn a seat at the table in global economic affairs, we cannot continue to live with this scarcity & survival mentality that has continued to drag us down into oblivion and will continue to do so if we refuse to think beyond the present.

Some of us are very bullish about changing the narrative. We don’t care about how it will cost us and will never settle for less and sell our conscience for peanuts. It’s a simple but potent universal rule at play. Value yourself and others will be attracted to your value. When the foundation is weak, every other part is affected. Let these be a clarion call to these big groups and stakeholders who have in the past years created an attractive and congenial market environment, to come up with sane regulations to guide the influx of foreign brands and how we engage them. We need to push an Africa agenda through regulatory framework and stricter antitrust laws just as we have in other climes to protect startups in the blockchain space. SIBAN, Blockchain User Group, Kenya Blockchain Association etc. must act now or be left as white elephants with no influence.

No doubt we need the big players but it should be based purely on mutually beneficial partnerships that puts Africa first just as in top economies of the world like China. The African market needs to slow down the rate it adopts and buys into imported brands that have no regards for collaborative practices. We can’t keep up the pretense by allowing them to just come in with their financial war chest and crowd out indigenous ones, who are doing everything with no government or institutional support, lest we’ll be shooting ourselves in the foot. We need more collaboration for a win-win.

China supports their startups. If we decide to go the free-market way especially in this fast-growing revolution, there will not be any business for our continent as far as decentralization is concerned. Remember, the game of the future is all about who controls DATA and China has a long playbook to control data. Someone needs to rise up to the occasion and be the proverbial hummingbird.

The Chinese and everyone else are only interested in exploiting Africans. Everyone comes to Africa to milk; only Africans struggle to do anything meaningful in other foreign markets literally. Today we have ACFTA, and again, it will be a mistake, if we don’t have a playbook on how we seek to build the business sector with our smart ambitious minds scattered across the continent.

I am an optimist who believe in our collective reawakening to build the next Africa, where the son of a nobody can rise through hard work, dedication, commitment, honesty, openness, being compassionate and empathetic to become the Steve Jobs, Bill Gates, Mark Zuckerberg, Jeff Bezos, Elon Musk and Jack Ma of this world. The simple truth is — there is need for a mindset shift from survival and scarcity instincts to abundance mentality with focus based on value than the short gain route.

This Time is Africa and only Africans truly have the ultimate interest of Africa.